Scientists developed technology that converts brain activity into an image 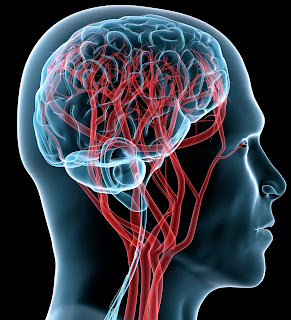 At the Donders Institute for Brain, a research team used a functional magnetic resonance imaging machine, or fMRI, to see what areas of the brain were active when a person looked at a letter. The pattern of activity was then “translated” into an image of the letter itself.
An fMRI detects areas in the brain that have more blood flowing into them. That’s what lets neuroscientists say that a given area is responding to some activity or stimulus.
The experiment involved scanning the occipital lobe, a region at the back of the brain where visual information gets processed, of people who had been told to look at letters (B, R, A, I, N and S). From the scan, the fMRI created a speckled image.
Next, using a computer program that the researchers developed, they translated the speckled image into a letter. 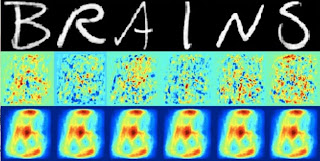 Brain Scanner Customizes Web Surfing For You
The next step will be to use a more powerful scanner, one that can see ten times as much detail as the one from this experiment, and provide better resolution for the computer program that “reads” the mind of the subject.
The research will be published in an upcoming issue of the journal Neuroimage.
via: Wired UK, Radboud University