US Government Want to Ban Android Devices For Its Employees 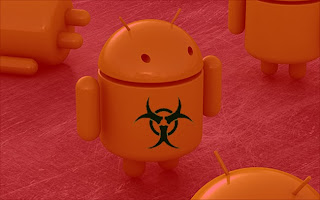 A document was jointly produced by the US Department of Homeland Security and the Department of Justice. It aims to highlight the dangers of malware on Google’s operating system.
Android was approved to be used by government employees last year. Apple’s iOS is also on the approved devices list.The government report found that nearly four out of every five pieces of mobile malware are written to attack Android devices.The vast majority of Android malware takes the form of SMS Trojans, root kits and fake Google Play domainsBoth the Department of Homeland Security and the Department of Justice blamed Google’s open approach to Android as the root cause for the amount of malware and the apparent ease with which is is created and disseminated.It pointed to Apple’s iOS as accounting for only 0.7 per cent of mobile OS malware threats, despite powering nearly 30 per cent of US smartphones.

Apple has repeated pointed to its success in defeating malware creators by locking down its platform.
Nokia’s ageing Symbian platform accounted for the 19 per cent of all malware created in 2012. iOS, BlackBerry, Windows Phone and other smaller operating systems accounted for just 2 per cent of malware combined.It is not clear if Homeland Security and the Department of Justice believe malware is being written to specifically target Android devices with access to government data.Both departments also stopped short of suggesting revoking Android’s security clearance.At the time, several security companies questioned the US government’s decision to approve Android for use by federal employees.They warned that Google’s open approach meant social engineering techniques could leave the US government open for a serious cyber attack.