4 Hidden Ideas in the New iPhones 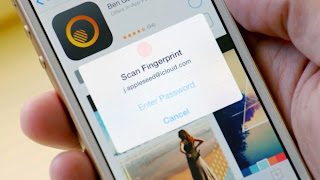 Yesterday, Apple had its annual iPhone bonanza. On one hand, it was the biggest announcement since the original iPhone. Today, for the first time ever, there are two iPhones. At the same time, though, the event held few surprises. The colorful iPhone 5C had been unveiled prematurely by a flurry of leaks, and the iPhone 5S, with its gold flavor and fingerprint sensor, had been similarly sniffed out. Still, in the finer points and features of these new products, Apple is laying the groundwork for its future as a company–and, potentially, the future of mobile computing. Here’s what we’re reading in the tea leaves.

The Power to Personalize

The iPhone 5C, a phone which Jony Ive called “beautifully, unapologetically plastic,” was assumed to be a foray into cheaper territory–a defensive move against the lower priced Android handsets that have been gaining ground worldwide. But to understand the iPhone 5C purely as an cheap play, or one for the international market, is all wrong. What the device is, really, is a bold step by Apple into the world of fashion, customizability, and personal preference. For years, your decision when you picked an iPhone had been limited to black and white. Now, you’ve got five options to pick from.
But that’s just the start. The iPhone 5C’s weird swiss cheese case, with a grid of circles carved out on the back so you can see the candy-coated hardware underneath, is an even more unambiguous sign of how important Apple thinks personalization is at this point. Accounting for the five colors of the phones and the six cases, there are 30 color combinations you can pick for the 5C. Maybe not enough to guarantee your team’s colors, but certainly enough to go a few weeks without seeing anyone else on the subway with the exact same phone you have. 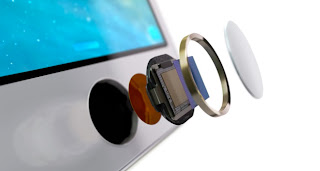 The iPhone 5C is noteworthy for another reason: reconnecting the design language of Apple’s mobile hardware and software. The disconnect between the soul and body of the iPhone, up until this new, cheaper one, has been profound. Game Center’s ham-handed skeuomorphism was silly enough on its own, but viewed in the context of its space-age aluminum container, it was positively jarring. The iPhone 5C and iOS 7, on the other hand, are a perfect match. As Ive says in the product video, the new iPhone “dramatically blurs the boundary” between the hardware and the software. The phones even come pre-loaded with wallpaper matching the color of the device itself.
What it amounts to is the most harmonious marriage between Apple software and Apple hardware since the Bondi Blue iMac and the lickable baubles of OS X. And that’s totally by design–though it shouldn’t come as a surprise. Whereas before we had Jony Ive taking us to the moon and Scott Forstall taking us to the craps table, now Ive’s responsible for the user experience through and through. Apple’s always had a leg up on competitors thanks to the fact that they’ve made their hardware and software. The iPhone 5C is the first time in a while it’s actually looked like it.


A True Digital Self

Tim Cook called the iPhone 5S the company’s “most forward-thinking phone yet.” What else is he going to say? But moreso than the new 64-bit processor, the improved camera, or even iOS 7 itself, there’s one iPhone 5S feature that truly is forward-looking, in a potentially game-changing way. It’s the fingerprint sensor.
On the surface, it does seem a bit gimmicky. Just like those Android phones that unlocked themselves by scanning your face, there’s an element of a cheesy sci-fi that tags along with the idea of fingerprint scanning. But as Ive reminds us, “it’s not just rampant technology for technology’s sake.” Apple has a plan for Touch ID, and the fact that the idea of the fingerprint scan is such a familiar one gives it a head start.

The iPhone 5S’ fingerprint sensor isn’t the only way the device more closely links itself to our meaty selves. In addition to the new A7 processor, Apple announced something called the M7–a “motion coprocessor” that taps into the phone’s accelerometer, gyroscope, and compass to give the device a better picture of what you’re actually doing from moment to moment. Instead of just knowing “moving” or “not moving,” developers will be able to tell if you’re standing, walking, running, or driving. Accessing this type of sensor data isn’t anything new, but with the M7, the iPhone 5S is going to be collecting it continuously, figuring out what it means, and serving it up for apps to integrate as they will–all without draining the battery.
On a basic level, those situational smarts will allow for more context-aware behavior throughout our devices. The new iPhone, for instance, will sense when you’re driving and won’t try to connect you to every Wi-Fi network you speed past. That’s just one annoyance smoothed out, but the M7 could let Apple fine-tune the iOS 7 user experience to an unprecedented degree.
The iPhone 5S will pass along that capability to third party apps, too. As Phil Schiller explained on stage, a new CoreMotion API will include some sort of standardized analysis of all your movements and what they mean in real world terms. So it won’t be up to the Nike app to figure out if you’re running, walking or biking–the app will be able to rely on Apple for that analysis and design around it accordingly.