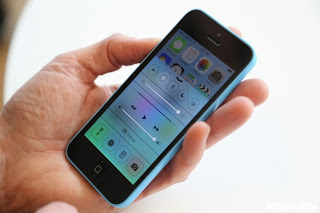 Apple has unveiled two new handsets: the top-end iPhone 5S and a cheaper iPhone 5C at an event in California. The 5S introduces a fingerprint sensor built into the phone's main button to identify the user. The 5C comes with a plastic back in a choice of colours.It marks a change of strategy for Apple which had not launched two distinct types of handset at the same time before. The iPhone is the firm's most important product in terms of earnings power.
The new fingerprint system can be used to unlock the 5S and provide authentication for purchases from Apple's online marketplace.One analyst suggested the feature would help the handset stand out against its Android rivals.

"Touch ID is actually quite an elegant solution to an ever more significant problem: namely, the theft of mobile devices and, perhaps even more critically, the information stored on those devices," said Windsor Holden from the tech consultancy Juniper Research.
"Many people haven't yet bothered to implement any kind of security solution on their handsets and for those who have, securing handsets with Pin authorisations can be quite a time-consuming process."
However, Apple is not the first phone company to offer such a fingerprint reader. 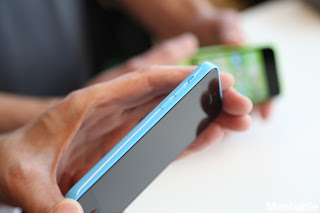 Motorola added the facility to its Atrix handset in 2011, but many owners had problems using it. The feature is not included in the Google-owned business' latest models.
The new handsets are compatible with the radio frequencies used by O2 and Vodafone's new 4G services in the UK. The only 4G network the old iPhone 5 could use was EE's.
The 5S' Sim-free price ranges from £549 for a 16 gigabyte version to £709 for a 64GB model.
The basic 5C model, with 16 gigabytes of storage, has been priced Sim-free at £469. That is more than UK retailers had been charging for the 4S with the same amount of memory.
"The 5C is far from being 'cheap' as the iPhone 4S [which now costs £349] continues in that role," remarked Ben Wood from tech advisors CCS Insight. There had been speculation that the 4S was going to be phased out.The new iPhones go on sale in the US, UK, China, Australia and Canada among other countries on 20 September. It marks the first time China has been included in the initial wave of sales.