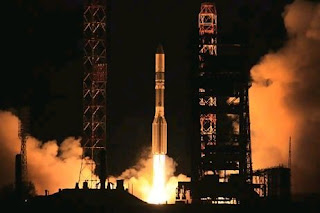 Israel's main aerospace and defense company says it has launched into space the country's "largest and most sophisticated" communications satellite.
State-owned Israel Aerospace Industries Ltd. said Sunday that it launched the Amos 4 satellite from a Russian-operated space launch base in Kazakhstan the previous night.Space Communication Ltd., the Israeli company operating the satellite, said the Amos 4 will be operational within two months and will provide video distribution and broadband services to Russian and Asian internet and communications companies.
Israeli Science and Technology Minister Yaacov Peri said space-related matters are "critical to Israel's security."

The Israeli military and Defense Ministry had no comment on the launch.