LG's G Pad 8.3 Tablet Will Be The First 8-Incher with a full HD display 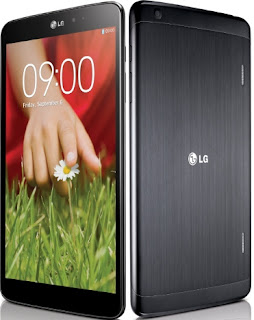 LG announced that the pocket-sized G Pad 8.3 tablet will be joining its lineup of mobile devices. The device will be the first 8-inch tablet with a full HD display on the market.
Although the G Pad 8.3 will officially debut at the conference next week, the company unveiled details about the device this weekend. It also created some fanfare last week with a trailer video posted to YouTube. The clip placed great emphasis on tablet size, and how more people would use the devices if they fit in their pocket. Available in both black and white, the sleek tablet weighs less than a pound, and runs on Android 4.2.2 (Jelly Bean). It comes with 16 GB of memory, 2 GB of RAM, a 5.0 MP rear-facing camera and 1.3 MP camera in the front. The device weighs in at 338 grams — the weight of a newspaper, according to LG — and boasts a 1.7 GHz quad-core Qualcomm Snapdragon 600 processor.

LG didn't elaborate on the price, or exactly when the G Pad 8.3 tablet will hit stores, but said it will roll out in international markets — including North America, Europe and Asia — starting in the fourth quarter of 2013.
This is the first time in a year that LG is launching a new tablet. In a statement, the company said the G Pad 8.3 complements its recently launchedG2 smartphone, which aims to compete with the Samsung Galaxy S4.
What do you think of the G Pad 8.3 tablet? Tell us in the comments, below.