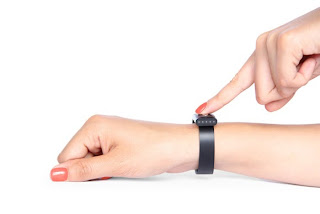 As the password makes its slow fade towards extinction, many technologies are jockeying for position as the next method for securing online accounts. We’ve told you about brain waves, fingerprints, even magic rings, but a new technique is literally getting to the heart of the matter. PHOTOS: Stunning Maps Help Visualize Complex Data A wristband dubbed Nymi confirms a user’s identity via electrocardiogram (ECG) sensors that monitor the heartbeat and can authenticate a range of devices, from iPads to cars. Developers at Bionym, the Toronto-based company that makes the device, say the peeks and valleys of an individual’s heartbeat are harder to imitate than the external features of biometric systems, like fingerprints or facial recognition. To register their identity, uses touch a sensor on top of the wristband for about two minutes while Nymi records an ECG signature. Once it’s stored, it will only recognize that signature.

Accessing a device is simple: users touch the top of the wristband for a few seconds while Nymi cross-references the heartbeat. Once authenticated, the system communicates via Bluetooth to an app running on a designated device. When the wristband is removed, linked devices automatically lock. 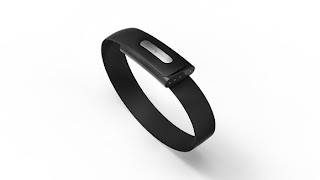 Nymi even appears to have gesture control capabilities. For example, a wave of the hand or a flex of the wrist could correspond with unlocking the driver’s-side or passenger-side door. A secure payment feature is also slated, where users could swipe their wrist in a check-out lane to have funds directly debited from their bank account. The wristband will also include vibrations, alerting wearers to email or social media messages that will appear on a small LED screen.Pre-orders of Nymi begin on September 4. Launch prices start at $79 and are expected to remain under $100. First editions will be compatible with iOS, Android, Windows and Mac OS X devices. Catch a glimpse of Nymi in Bionym’s promo video.