Motorola's vision for a modular smartphone BY You FOR You 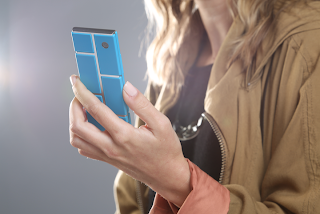 An interesting concept for a modular smartphone blew up online in September, with Dave Hakkens revealing his idea for Phonebloks. It turns out that Hakkens wasn't the only one to be imagining a brave new future for smartphones, with Motorola announcing it has been working on a similar concept for the past year. Could Motorola Ara actually happen or is it still, despite Google's enviable and practically unlimited resources, a nice idea that is unlikely ever to become reality?
Phonebloks generated a lot of press thanks to its innovative vision that, were it to become reality, could irrevocably change the smartphone market. The need to upgrade every year or two years would be gone, with the consumer given power over which individual components they wanted to upgrade or replace.
Project Ara is Motorola's take on the same concept, with the company developing a free and open
hardware platform which is intended to fuel the creation of modular smartphones.
Motorola is aiming to do for the hardware market "what the Android platform has done for software." Which is, in its own words, "create a vibrant third-party developer ecosystem, lower the barriers to entry, increase the pace of innovation, and substantially compress development timelines." 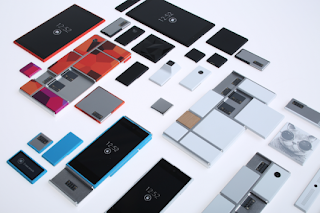 As this is currently just a concept, details are thin on the ground, but Motorola suggests the Ara hardware will consist of an endoskeleton; a structural frame into which modules are slotted. These modules could be a new processor, a new display, an extra battery, or countless other components that offer users endless customization options.
Motorola is now teaming with Hakkens, pairing the company's technical work with the community that built up around Phonebloks. Project Ara is, therefore, being developed in the open, with research scouts helping to turn the concept into reality. In the coming months, Motorola hopes to invite developers to start creating modules for the Ara platform, with plans for the Module Developer’s Kit (MDK) to hit alpha sometime this Northern Hemisphere winter.