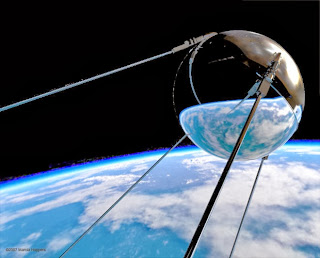 The name Sputnik stands tall in history books as the vessel that helped spark a space race with the U.S. But a new Russian project with the same name is planning to play catch-up in an area where the U.S. already has a huge lead: search engines. Rostelecom, the country’s state-controlled telecom service, has been charged with creating a search engine to compete with the likes of Google, as well as well local search-engine leader Yandex, which is based in the Netherlands, according to Reuters. Even with state backing, however, Sputnik will face stiff competition. On its website, Yandex claims that it currently generates 62% of all search traffic in Russia.

But recent events have destabilized the company. Yandex lost its popular co-founder, Ilya Segalovich, in July to cancer. That led to a brief dip in Yandex's stock, and doubt about the company’s long-term future.
So while Yandex is currently the market leader — and Google is close behind with roughly 25% of Russia’s search users — Rostelecom may be launching Sputnik at just the right time.
Rostelecom has already spent $20 million on the search engine, according to a report in Russia’s Vedomosti. The site will reportedly be accessible at www.Sputnik.ru, and will launch some time in the first quarter of 2014.