Sadness is Good For You: Study 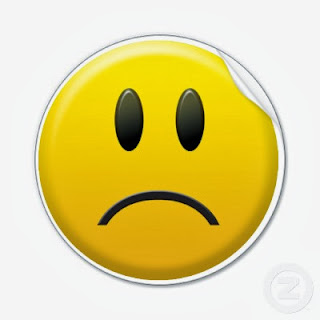 Thomas Jefferson defended the right to pursue happiness in the Declaration of Independence. But that’s so 237 years ago. Many modern societies champion everyone’s right to be happy pretty much all the time. Good luck with that, says psychologist Joseph Forgas of the University of New South Wales in Sydney. A lack of close friends, unfulfilled financial dreams and other harsh realities leave many people feeling lonely and forlorn a lot of the time. But there’s a mental and social upside to occasional downers that often goes unappreciated. “Bad moods are seen in our happiness-focused culture as representing a problem, but we need to be aware that temporary, mild negative feelings have important benefits,” Forgas says. Growing evidence suggests that gloomy moods improve key types of thinking and behavior, Forgas asserts in a new review paper aptly titled “Don’t worry, be sad!” For good evolutionary reasons, positive and negative moods subtly recruit thinking styles suited to either benign or troubling situations, he says. Each way of dealing with current circumstances generally works well, if imperfectly.

New and recent studies described by Forgas in the June Current Directions in Psychological Science illustrate some of the ways in which periods of sadness spontaneously recruit a detail-oriented, analytical thinking style. Morose moods have evolved as early-warning signs of problematic or dangerous situations that demand close attention, these reports suggest.
One investigation found that people in sad moods have an advantage remembering the details of unusual incidents that they have witnessed. And a little gloominess could help job applicants; lousy moods cut down on the tendency to stereotype others, thus boosting the accuracy of first impressions. People in sad moods also show a greater willingness to work on demanding tasks, communicate more persuasively and are more concerned with being fair to others than are peers in neutral or happy moods.
Alternatively, good moods trigger a loose mode of thought conducive to creativity and seeing the big picture. Happiness signals that a situation is safe, or at least not immediately threatening, Forgas suggests. As a result, people in a cheery state have the luxury of focusing on themselves rather than on their environments.
Whether good or bad, moods are relatively low-intensity, background feelings that can last for anywhere from a few minutes to the whole day. A person may feel somewhat good or bad, happy or sad, without knowing why or even being aware of such moods. Sad moods fall far short of clinical depression’s constant feelings of helplessness and hopelessness. But moods linger much longer than emotions, which typically flare up and burn out fairly quickly. In contrast to a mood, joy, anger and disgust feel intense and are experienced as having definite causes.
Feelings as information
Like Forgas, psychologist Norbert Schwarz of the University of Michigan in Ann Arbor sees mental value in sadness. “It’s shallow and untrue to assume that positive feelings can only have positive consequences and negative feelings can only have negative consequences,” he says.
When Schwarz was a graduate student in the late 1970s, an influential line of research held that happy moods make people more likely to remember positive events and sad moods more often revive memories of negative events. That account of how feelings influence thought seemed incomplete to the aspiring psychologist. On “good” days, he reasoned, everything just felt right without any past triumphs coming to mind. On “bad” days, life felt lousy in the moment, without any tragic memories returning for an encore.
Schwarz launched a series of studies indicating that people use low-intensity moods as a source of information when forming judgments. Good and bad moods are usually experienced as being about whatever problem or situation a person currently faces, he and his colleagues found. Treating moods in this way often works out, as when a supervisor recommends someone for a raise based on feeling good about that person’s recent job performance. Feelings can mislead if, say, a boss feels happy because it’s a sunny Friday and thus approves a raise for someone who pleads for a salary hike but doesn’t deserve it.
By 1990, Schwarz and his colleagues had conducted a few studies suggesting that positive and negative moods spontaneously shape how people think. Sad moods fostered attention to details, they discovered, whereas happy moods promoted playfulness and creativity. More work was needed, though, to confirm those results and explore their implications for making decisions in various situations.
Individuals aren’t slaves to their moods, Schwarz cautions. A sad person can think outside the box if necessary, say, to solve problems at work. And a happy person can accurately fill out tax forms or complete other detail-heavy tasks.
Evidence from many labs supports Schwarz’s view that moods inform people’s judgments, often advantageously and outside of awareness, psychologist Rainer Greifeneder of the University of Basel in Switzerland and his colleagues reported in the May 2011 Personality and Social Psychology Review.

Moods provide surprisingly keen insights into one’s environment, the team concluded. Provocative support for that idea appeared in the October 2012 Journal of Consumer Research. A team led by business professor Michel Tuan Pham of Columbia University in New York City found that volunteers who trusted their feelings did better at predicting events such as how the stock market would perform in the next week and how upcoming movies would fare at the box office than volunteers who mistrusted their feelings.
By embracing their moods, superior forecasters gained unconscious access to a vast amount of learned information that informed their predictions, Pham speculated.
“In natural situations, feelings provide mostly valid information about whether there is a problem or not and how to respond to current tasks,” Schwarz says.