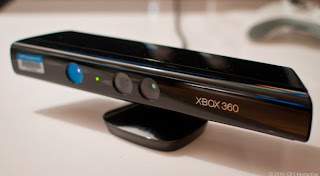 A week after reports began circulating that Apple had purchased PrimeSense, Apple has confirmed the acquisition of the 3-D sensing company behind Microsoft's Kinect sensor.
Apple spokesperson Kristin Huguet on Sunday confirmed for CNET the deal's closure, which was for reported by AllThingsD. Financial newspaper Calcalist reported earlier this month that Apple had paid $345 million for the Israel-based company, but other sources said the deal had not been finalized and that the deal's value would likely be a little higher. Huguet declined to disclose the deal's value.

"Apple buys smaller technology companies from time to time, and we generally do not discuss our purpose or plans," Huguet said in routine Apple statement.
Apple was reportedly in talks to acquire the 3D-sensing company since July when it was said to be offering $280 million for the Tel Aviv-based company. Perhaps best known for powering the gesture control used by Microsoft's Xbox 360 game console, the company's technology is also used in 3D scanners, iRobot's Ava, and the Asus Xtion.
Apple has found Israel to be a veritable treasure trove: last year, the company confirmed that it acquired Israel-based flash storage maker Anobit for $400 million. PrimeSense has raised $85 million from Israeli and US venture capital funds such as Canaan Partners Global, Gemini Israel, and Genesis Partners, according to Calcalist.