Not In NYC? Ring in New Year's Eve Remotely 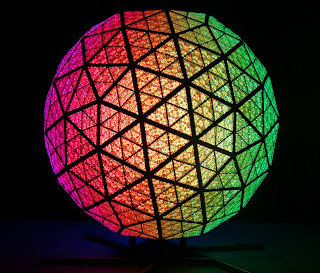 New York City’s Times Square is certainly a hot spot on New Year’s Eve. More than a million people flock to the streets near 45th and Broadway to watch the iconic glittery ball — located on the roof of One Times Square — drop. And more than a billion people watch the vent on television. But if you’re out on the town in Elsewhere, USA and not in front a television, you can still watch the ball drop. New York City-based Countdown Entertainment, which organizes the annual event, has a developed a free app for iPhones and Androids. The company’s president, Jeff Straus, told Reuters they developed the app for people who can’t be near a television or who are traveling or working overseas. The app will have a live six-hour webcast, behind-the-scenes interviews, musical performances, Twitter feeds and of course the countdown and the fall of the Times Square Ball.

There is also a similar app for people who want to participate in London’s celebrations.
Both apps can be configured to different time zones and are available worldwide.via Reuters