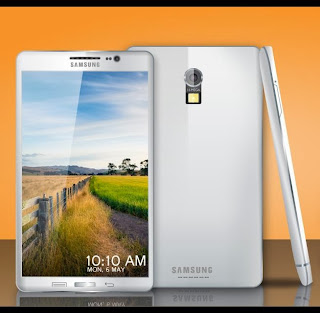 Samsung is expected to unveil its Galaxy S5 next month. However, so far few details are available about the device. Seems, not any more. According to data collected by popular benchmark app GFXBench, an upcoming Samsung device codenamed SM-G900S will have 2K or 2560x1440p resolution. This is the highest resolution for any smartphone, as the current maximum is 1920x1080p. It is said that Samsung's upcoming Galaxy S5 smartphone will have a 5.2-inch display. This will mean pixel density of 560ppi, the highest in any smartphone available in the market. Currently, HTC One boasts of highest pixel density among smartphones - 469ppi. However, Galaxy S5 will not be the first 2K phone in the market. Chinese manufacturer Vivo is slated to launch the world's first smartphone with 2K resolution. The successor of HTC is also rumoured to have 2K resolution screen and hit the market in February next year. The benchmark test also shows that the upcoming Samsung model will run on a 2.46GHz quad-core Snapdragon 800 chipset and come with Adreno 330 graphics processor. Earlier reports have said that Samsung will debut its 64-bit processor with the Galaxy S5. This has given rise to speculation that the smartphone will come in two variants - one with Snapdragon 800 processor and the other with a 64-bit chip. According to another report (by Japanese technology website EMSOne), Samsung has asked three companies - Taiwan's ODM Catcher Technology and Ju Teng as well as China's BYD - to manufacture 10-30 million metal unibody shells for Galaxy S5. Recently, images of a metal frame for an upcoming Samsung device also leaked on the internet. According to previous rumours, Galaxy S5 will have a 16MP camera and may have a water-resistant body.