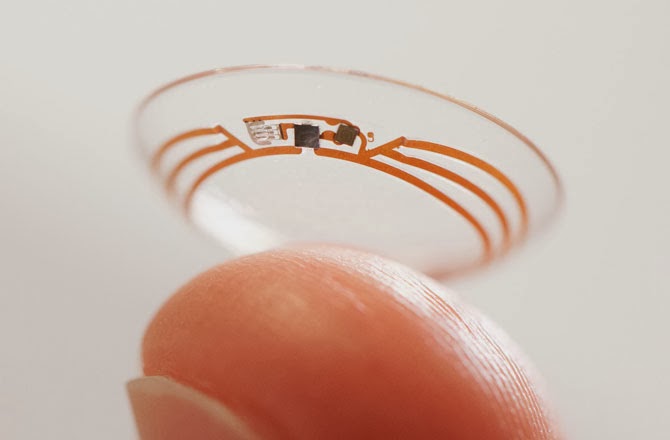 They said prototypes have undergone clinical tests and talks were underway with the US Food and Drug Administration. The project was described as being in its early days, and partners were being sought to make the lenses marketplace reality.
"As you can imagine, tears are hard to collect and study," the Google X lab team members said.
"We wondered if miniaturized electronics -- think chips and sensors so small they look like bits of glitter, and an antenna thinner than a human hair -- might be the way to crack the mystery of tear glucose and measure it with greater accuracy."
Prototype lenses being tested at Google X can generate glucose readings about once a second. Researchers are looking into integrating tiny lights that would warn when blood sugar levels go above or below threshold levels, according to the blog post.
"We've always said that we'd seek out projects that seem a bit speculative or strange," Otis and Parviz said. "At a time when the International Diabetes Federation is declaring that the world is 'losing the battle' against diabetes, we thought this project was worth a shot."
Google cited figures indicating that diabetes affects one in every 19 people on the planet.