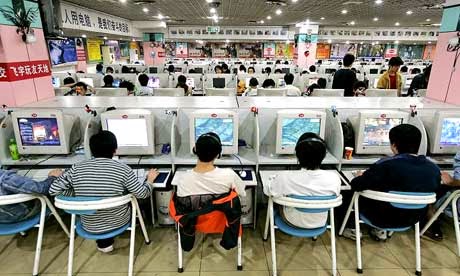 China cried "cyber attack" over Tuesday's massive Internet outage across the country, but it appears it might have been a case of friendly fire. One hypothesis that's getting a lot of support is that Chinese censors flubbed their management of the Great Firewall and accidentally redirected a massive amount of network traffic to domains they really wanted to block, triggering a network overload.


The Internet went dark in China on Tuesday. For some eight hours, more than 618 million Chinese couldn't access cyberspace. The outage occurred when two-thirds of all Web traffic in the country was redirected to a single IP address located in the United States.
The address belongs to Dynamic Internet Technology, a company with ties to Falun Gong, a spiritual group outlawed in China since 1999 for a number of alleged sins including "spreading fallacies, hoodwinking people, inciting and creating disturbances and jeopardizing social stability."
The outage -- one of the largest in the history of the Internet -- was caused by a malfunction that blocked access in China to top level domain names such as .com and .net, according to the state-operated China Internet Network Information Center.