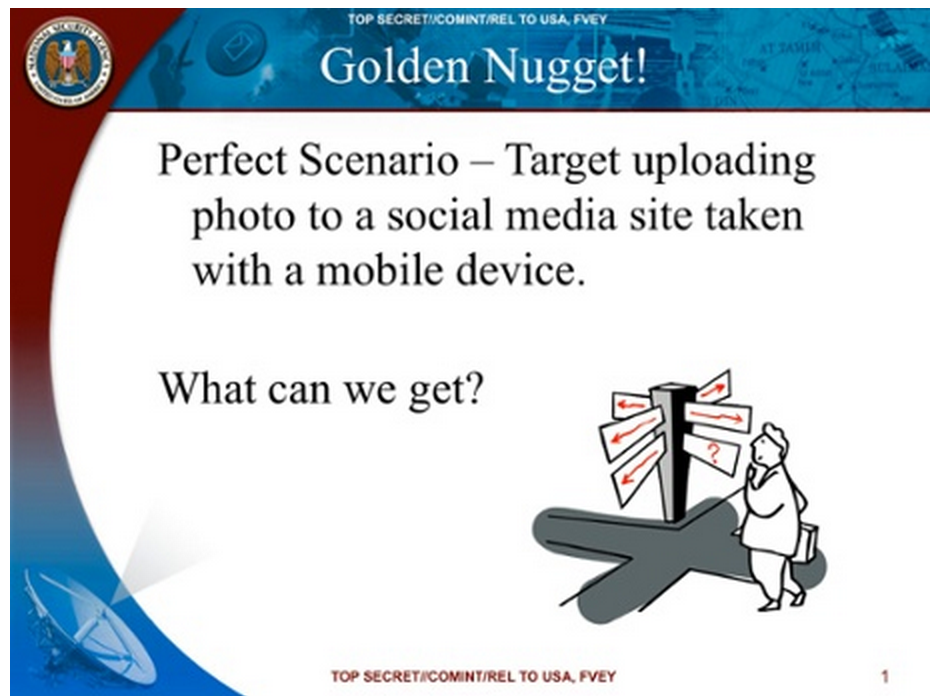 YouTube video views, Facebook "likes" and Blogger visits are among activities GCHQ has monitored in real-time, according to the latest Snowden leaks.It reports that the UK intelligence agency showed off its abilities to the US National Security Agency in 2012. Facebook has since started encrypting its data, but Google's YouTube and Blogger services remain unencrypted.Both firms have said that they did not give GCHQ permission to access the data.The alleged operation's leaked logo - showing a dolphin holding a canister branded GTE - appears to refer to Global Telecoms Exploitation, a GCHQ division believed to be capable of collecting data from fibre-optic cables.According to an earlier leak, published by the Guardian, GCHQ has been tapping fibre-optic cables to create a "buffer" of information it could search through since at least 2011, as part of a scheme called Tempora.The paper said that by 2012 the agency had tapped more than 200 cables - including transatlantic communication links - and was able to process phone and internet data taken from up to 46 of them at a time. GCHQ declined to comment on the specifics of the latest report.
However, the prime minister has previously said that: "I'm satisfied that the work these agencies do is not only vital but is properly overseen."