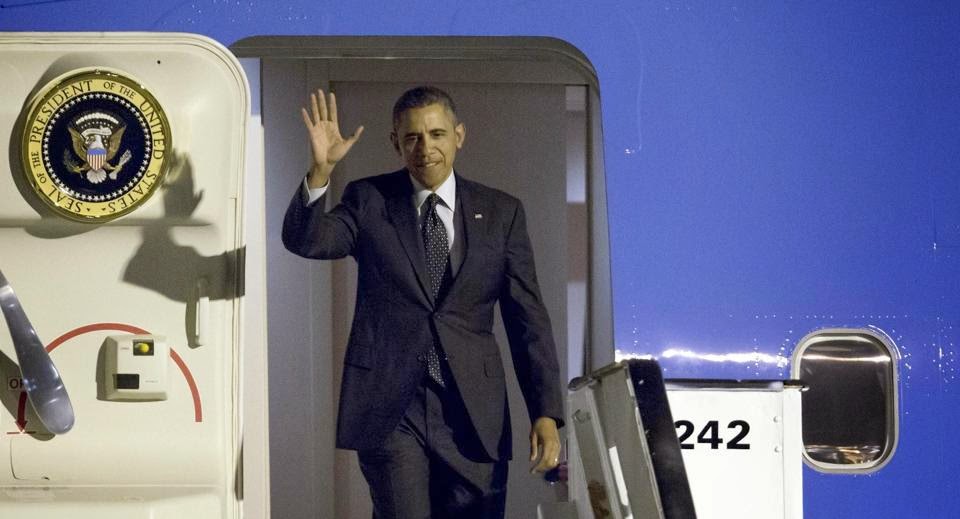 Still, the incident represents a fresh blemish for an elite agency struggling to rehabilitate its reputation following a high-profile prostitution scandal and other allegations of misconduct. An inspector general's report in December concluded there was no evidence of widespread misconduct, in line with the service's longstanding assertion that it has no tolerance for inappropriate behavior.
The agents sent home from Amsterdam were placed on administrative leave, according to The Washington Post, which first reported the disciplinary action. The newspaper said all three were on the Counter Assault Team, which defends the president if he comes under attack, and that one agent was a "team leader."
One agent was discovered highly intoxicated by staff at a hotel, who reported it to the U.S. Embassy, said a person familiar with the situation, who wasn't authorized to discuss the alleged behavior on the record and demanded anonymity. The other two agents were deemed complicit because they didn't intervene despite being in a position to assist the drunken agent or tamp down his behavior, the person said.
"It wasn't like a big, crazy party," the person said.
Obama arrived in the Netherlands early Monday on the first leg of a weeklong, four-country trip. He departed for Brussels on Tuesday night, and there were no known security issues during his stay in the Netherlands.
Before Obama travels anywhere abroad, a slew of Secret Service and other government officials are dispatched in advance to prepare the intense security operation needed to protect the president in unfamiliar territory. Typically, counter assault teams travel with the president in his motorcade and if he came under fire, the team would be called upon to engage any attackers while the president was hustled to safety.
Stricter rules implemented in the wake of the prostitution scandal in Colombia bar agents from drinking alcohol within 10 hours of starting a shift. It's unclear whether the other two agents were drinking heavily or what time any of them would have been expected to show up for a shift.
The Secret Service's reputation for rowdy, fraternity-like behavior snowballed in April 2012 in the run-up to another Obama foreign trip, this one in the Caribbean resort city of Cartagena, Colombia, where 13 agents and officers were accused of carousing with female foreign nationals at a hotel where they were staying before Obama's arrival.
After a night of heavy partying in bars and clubs, the employees brought women, including prostitutes, back to their hotel. Six of the employees eventually resigned or retired, while others had their security clearances revoked or were removed from duty.
Seeking to turn a page on that chapter in the service's famed history, Obama last year named veteran Secret Service agent Julia Pierson as the agency's first female director and signaled his desire to change the culture at the male-dominated service. Less than a year later, two additional officers were removed from Obama's detail following allegations of sexually-related misconduct that came to light after an incident at an upscale hotel next to the White House.