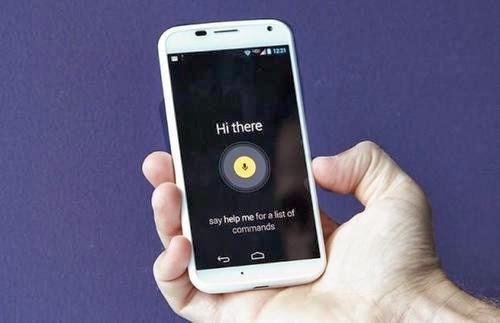 Motorola is reportedly working on a 6-inch phablet that could launch around the same time as Apple’s iPhone 6. The plus-sized smartphone was leaked by a source on the Chinese social media site Weibo, though the exact release date wasn’t mentioned. Also left out of the post was any information about the handset’s specs.
According to BGR, the phone, which would be Motorola’s first big-screen smartphone, will launch in the third quarter. This isn’t the first time we’ve heard that Motorola was working on a 6-inch handset. Back in January, a similar post on Weibo claimed that the company was developing a Moto X successor, as well as a phablet and a smartwatch.


We haven’t heard much about the Moto X successor. The smartwatch, however, turned out to be the recently announced Moto 360. That sleek, circular device is one of the first watches powered by Google’s new Android Wear platform.
Motorola Mobility, the company’s smartphone arm, has changed hands frequently as of late. After being purchased by Google, the handset maker was scooped up by Lenovo back in January. It’s unclear if the acquisition caused any delays in the company’s release schedule.
Apple’s iPhone 6 is expected to be announced this fall and will reportedly sport a more powerful quad-core processor and larger display. It’s unlikely, however, that the smartphone would feature a screen size anywhere close to the phablet range. Via: yahoo