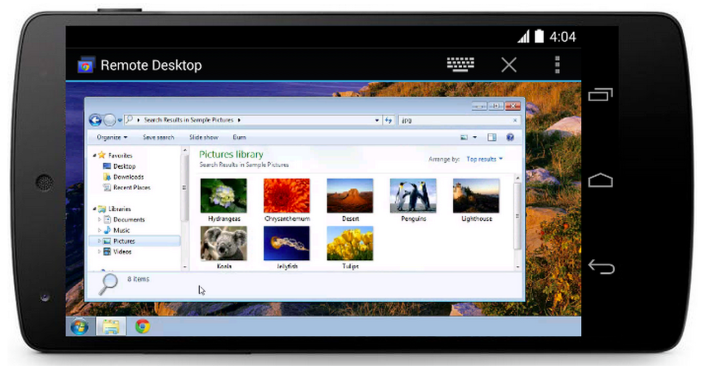 Microsoft's Remote Desktop app also allows users to securely connect to their data and applications with the use of Network Layer Authentication (NLA) technology. It comes with connection centre that allows easy management of all remote connections. The Remote Desktop app also offers high quality video and sound streaming with improved compression and bandwidth usage, according to Microsoft's claims, in addition to support for easy connection to external monitors or projectors for presentations.