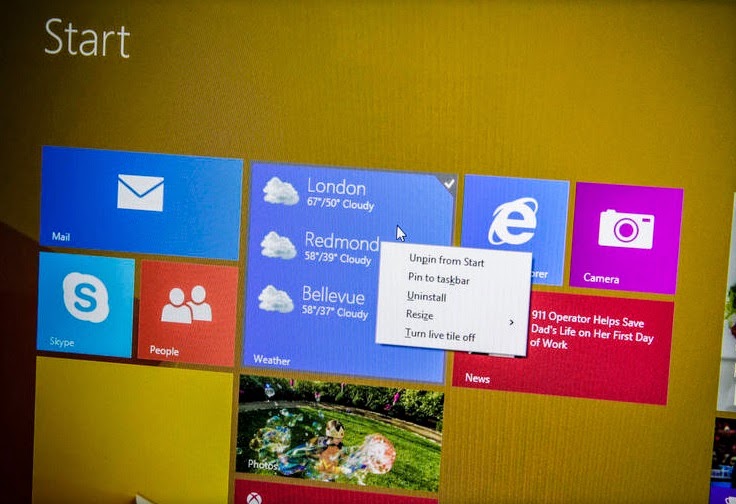 The Windows 8.1 Update (Read our First Take) is almost here. If you're thinking of installing Microsoft's latest OS update, I've gathered together a quick list information and major changes so you know what you'll be getting and where to get it.

1. The Windows 8.1 Update should go live sometime Tuesday morning, April 8. Historically, updates go live at 3:00AM PST on the day of the launch (that would mean 6:00AM on the east coast of the United States). There are no guarantees for the time, so your mileage may vary. For a 3:00AM launch. Be aware that a lot of people will probably be downloading it at the same time, which may or may not cause traffic issues. If you're not having any luck, wait a little while and try again.

2. The Windows 8.1 Update is free for Windows 8 users from the Windows Store. If you use Windows 7 or earlier, you'll need to buy Windows 8 from Microsoft or any participating retailer before you'll be able to upgrade to the Windows 8.1 Update.
3. While the update features tweaks for both tablet and desktop users, it is more meant for making things easier using a desktop and mouse. The Windows 8.1 Update brings back some interface features you had in Windows 7 (and before) and adds other tweaks that make it more convenient on a desktop computer.
4. Search is now more intuitive on the desktop for people new to Windows 8. While you could already access the Start Menu to start typing search terms since Windows 8, The Windows 8.1 Update makes it a little more clear for desktop users. Now, when you tap the Windows key or click the lower left corner of the desktop, a search field opens up on the right side of the Start Menu so you can see what you're typing. While not a huge change, it should clear up how to search for those new to the OS. It will also now find Windows Store Apps appropriate to your search term.
5. The red X is back for closing Modern apps. Quitting a Modern (Metro) app before now required that you pull down from the top of the screen, then swipe the app to the bottom. While that's convenient for tablets, it was a bit awkward for desktop users. Now, Microsoft has brought back the red X in the upper right corner of apps so you can quit more easily with a mouse.
6. There are now more organization features in Windows 8 Start Menu. You'll now be able to move, resize, and organize tiles, as well as right-click on them to open up a contextual menu.
7. New shutdown and search controls without activating hot corners. Like the search features, the Windows 8.1 Update makes shutting down your computer more convenient on the desktop. From the modern Start Menu, you'll now have a button in the top right so you can quickly set your computer to sleep, shut down, or restart.
8. Pin Modern apps to your desktop taskbar. To get more desktop users interested in the Windows Store, the Windows 8.1 Update pins the Store to your desktop by default, but it also lets you pin Modern Apps to your desktop taskbar so you can run classic and modern apps side by side.