Google Maps Takes You Inside the World Cup Stadiums 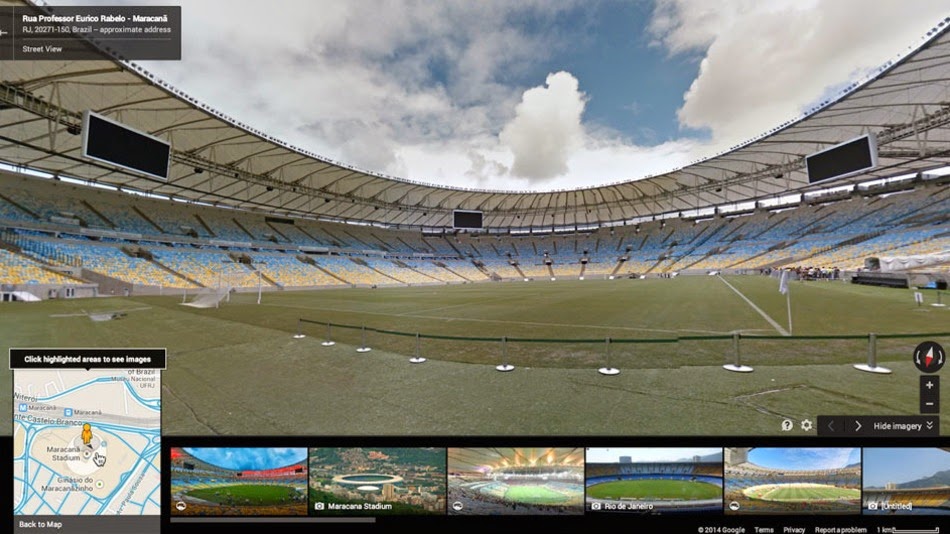 There's just over a week left until the World Cup kicks off in Brazil, so if you're planning on attending and need help finding your way around the event, Google Maps has come up with a solution.
Starting Wednesday, you can explore the insides of all 12 stadiums hosting the World Cup, as well as surrounding areas via Street View.
Previously, stadiums such as Rua Professor Eurico Rabelo in Rio de Janeiro could easily be found on Google Maps, but their interiors remained closed off to Street View's virtual lens.

Getting an early visual head start on the stadiums and their layouts could be vital, as the arenas will be spread out across Belo Horizonte, Curitiba, Natal, Rio de Janeiro, Salvador, Porto Alegre, Brasilia, Fortaleza, Cuiaba, Manaus, Recife and Sao Paulo.
Only six of the 12 stadiums will have Wi-Fi enabled, according to the Washington Post, so if you don't have a mobile data plan to access the web, you may want to start exploring and taking notes now, before setting foot in Brazil.