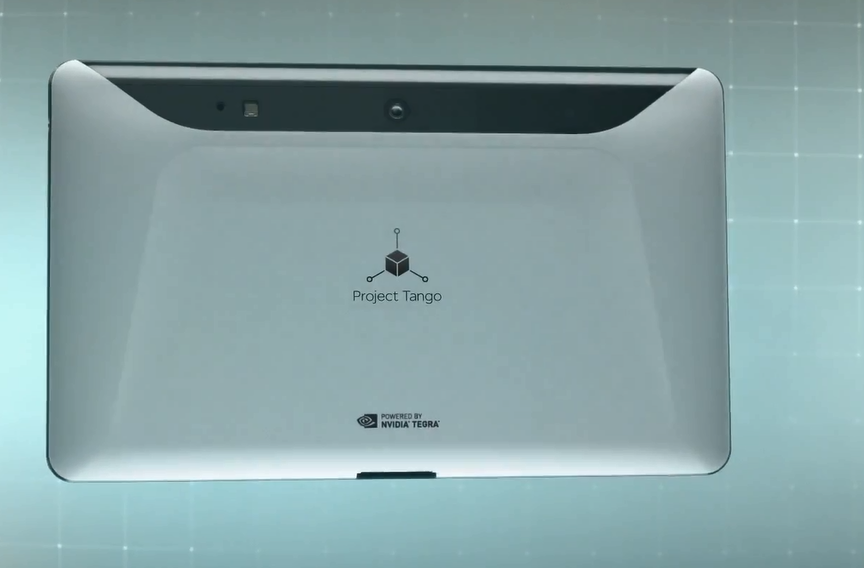 The 7-inch tablet will have 4 GB of RAM and 128 GB of internal storage and come equipped with multiple cameras, including one with motion-tracking capabilities, and a depth sensor. It runs Android 4.4 KitKat and will be powered by NVIDIA's latest Tegra K1 processor.
The team behind Project Tango hopes to show off the tablet at Google I/O later this month, Engadget reports. A "limited number" of prototypes will be made available to developers later this month for $1,024.
Project Tango is the latest project out of Google's experimental Advanced Technology and Projects (ATAP) group. ATAP announced its first piece of Project Tango hardware, a 3D sensor-enabled smartphone, in February.
Developers interested in the Project Tango tablet can sign up to be notified when the software development kit is ready. "You can use the Project Tango Tablet Development Kit to make applications that track full 3-dimensional motion and capture surfaces in the environment," Google's ATAP team said in a Google+ post.
It's not clear how many software development kits ATAP plans to release but earlier reports suggested 4,000 prototypes of a tablet with "advanced vision capabilities" would be released to developers ahead of Google's I/O conference, slated for the end of June.