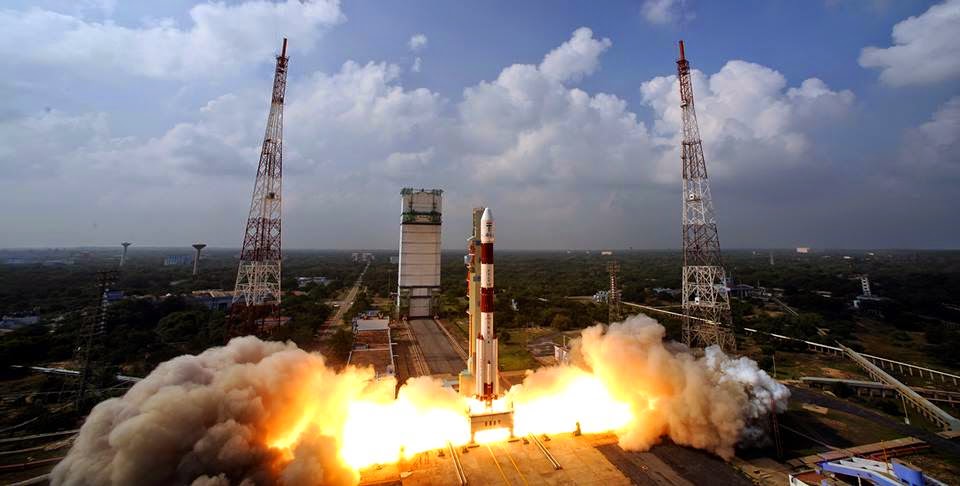 India's maiden mission to Mars, the Mangalyaan, has arrived in orbit after a 300-day marathon covering over 670 million kilometres (420 million miles). Science writer Pallava Bagla traced its journey as it neared the Red Planet.
On the morning of 24 September, the Indian Space Research Organisation (Isro) slowed down the spacecraft sufficiently so it could be caught in the orbit of Mars.
"India will become the first Asian country to have achieved this and if it happens in the maiden attempt itself, India could become the first country in the world to have reached distant Mars on its own steam in the first attempt," said Isro chairman K Radhakrishnan as it approached.


Both Russia and the US failed in their maiden attempts. The first Chinese mission to Mars, called Yinghuo-1, failed in 2011 alongside the Russian Phobos-Grunt mission with which it was launched. Earlier in 1998, the Japanese mission to Mars ran out of fuel and was lost.
Undoubtedly, India - a late starter - is way ahead of its Asian rivals in trying to get to the Red Planet.
"We are really not racing with anyone, but with ourselves to reach the next level of excellence," said Mr Radhakrishnan.
'Pink of health'

India's Mars Orbiter Mission (MOM) - an indigenously made unmanned robotic mission weighing 1,350kg (2,976lb) - was launched from the rocket port at Sriharikota on the coast of the Bay of Bengal on a balmy afternoon on 5 November last year.
Since then, the mission "has been in the pink of health", says Isro, and has been cruising at breakneck speed to reach close to Mars, half-way around the Sun.

The health of Mangalyaan is monitored from Isro's Mars mission control complex in Bangalore
The 4.5bn rupee ($74m; £45m) mission is, as Mr Radhakrishnan says, "the cheapest inter-planetary mission ever to be undertaken by the world".
On his visit to India's rocket port on 30 June, Prime Minister Narendra Modi said: "The [making of the] Hollywood movie Gravity cost more than our Mars mission - this is a great achievement."
India's low-cost and quick turnaround satellite mission has been attracting a lot of global attention from the scientific community that seeks to better understand the mysterious Mars.
On the morning of 24 September Indian time, Isro re-oriented Mangalyaan and fired its on-board rocket motor for about 24 minutes to slow the spacecraft.
It was a very tricky operation - if it did not slow down sufficiently, it would have missed being caught by the gravity of Mars and the mission could have be lost in outer space; but if the rocket engine had fired more than required it could have slowed the Mangalyaan so much that it risked crashing down on to the red soil of Mars.
Since 1960, there have been 51 global missions to Mars and the overall success rate stands at 42% so the odds were loaded against the Indian Martian entry.
M Annadurai, head of the Indian Mars mission, said he was "confident that the laws of physics will favour India and the country could have its first robotic Martian baby soon".
'Delusional dream?'

Isro dubs the mission a "technology demonstrator", essentially showcasing to the world that India is no longer a country of snake charmers but a high-tech hub that has developed its technology against the odds and stringent sanctions.
The mission also makes a big global geo-political statement ahead of Mr Modi's imminent visit to the US.