Galaxy Note 5 is Easyly Breakable by inserting the stylus wrong 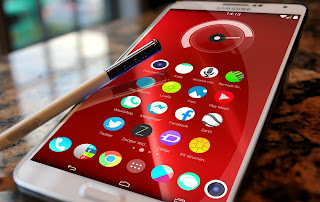 The newly released Samsung Galaxy Note 5 has what appears to be a serious design flaw.

According to two independent reports from Android Police and Ars Technica, inserting the Note 5's S Pen backwards will not only cause it to be stuck and difficult to remove, but could also permanently break its stylus features.
As you can see in Android Police's video below, the S Pen can slide all the way into its slot and then the spring mechanism inside clamps onto it, rendering it stuck."Pen detection on our review unit is completely broken," according to Android Police's David Ruddock.

Similarly, Ars Technica replicated the incorrect S Pen insertion into their Galaxy Note 5 and noted their S Pen features broke too, although only temporarily. We were able to put our S-Pen in backwards again, which made the features work (with the S-Pen jammed into the slot)," Ars Technica's Ron Amadeo writes. "Eventually we were also able to remove the S-Pen in a state where the features worked again." 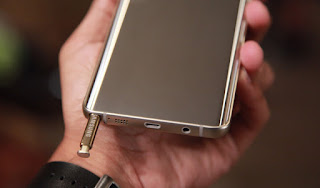 it's a little surprising that Samsung's design and engineering teams didn't notice this flaw. On previous Galaxy Notes, the blunt end of the S Pen stylus has been larger than the nib end, which made inserting it into the phone backwards impossible. The S Pen on the Galaxy Note 5, however, is uniform across the entire length, making backwards insertion by accident a greater possibility.In other words: Don't let your kids play with it.
As a warning, new Galaxy Note 5 owners should be extra careful when re-inserting their S Pen stylus into its slot.