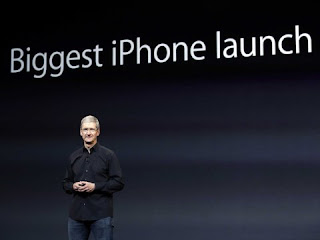 Apple's newest line of iPhones are about to arrive. Apple will hold one of its most anticipated events of the  year Wednesday at the Bill Graham Civic Auditorium in San Francisco. The Cupertino company is expected to unveil a pair of new iPhones, an updated Apple TV and possibly a larger iPad.
All of the updates will begin Wednesday at 10 a.m PT when Apple CEO Tim Cook is expected to take the stage to kick off what's sure to be a jam-packed keynote. For those not lucky enough to be able to watch the event live from the San Francisco auditorium, Apple will host a live stream of the entire event on its website.


As usual, Apple limits its live video feed to those running Safari on an iOS device (iOS 7 and later), Mac OS X (10.8.5 with Safari 6.0.5 or newer) or those with a second or third generation Apple TV with 6.2 or later. Interestingly, Windows users have it a lot easier this year compared with previous events — at least, if you're running Windows 10.
Apple is making its live stream available to Windows users for the first time in years through support for Edge, Microsoft's new browser introduced with Windows 10.
But, if you don't have a supported browser or device, you're not out of luck. There are several different methods to get around Apple's restrictions. One popular tactic is to change the required settings in your browser in order to fool Apple's live stream into thinking you're using a supported browser.