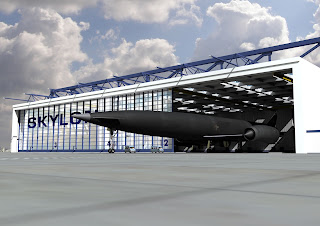 Developed by Reaction Engines over the last 20 years, SABRE (Synergetic Air-Breathing Rocket Engine) is a new engine class that can operate in both air-breathing and rocket modes.This advanced combined cycle air-breathing SABRE rocket engine enables aircraft.Experts believe it could enable people to one day journey anywhere in the world within four hours. At Reaction Engines, based in Oxfordshire, they think this could be a reality within 10 to 15 years.
However, before last month’s deal, Reaction was a highly respected research business, but with limited funding had been effectively stuck as a start-up since its foundation in 1989. Now, with the backing of a major strategic partner, the 75-employee company and its team of rocket scientists should be course to expand their orbit.
With BAE’s backing and an additional government funding commitment of £60m, Reaction will be able to move to the next critical engineering development stage, while remaining an independent company.
Guiding its “unique” Sabre engine concept towards a seminal breakthrough has been an evolutionary experience.
Recently-installed managing director Mark Thomas admits the deal took time. “They [BAE Systems] have put in £21m, which implies the company is valued at £100m,” he says.

“I spent much of the five months I’ve been here working on that process. It was very clear to me that we needed a big industrial aerospace company and one of the key capabilities we were looking for was systems integration.