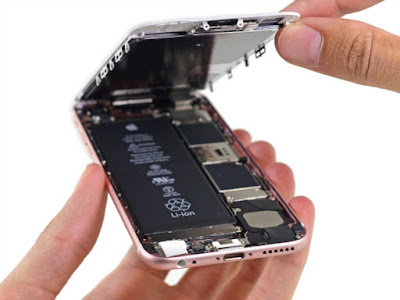 Various rumors have claimed that one of the main features of the next year’s iPhone will be a waterproof design. Sure, the iPhone 6s already has certain design elements that make it more water-resistant than any of its predecessors, but Apple isn’t labeling it as a waterproof iPhone. It’s not even marketing these particular features, which were discovered accidentally during careful teardowns.


Recently, a patent discovery revealed Apple is determined to make the iPhone waterproof and another new patent has emerged that shows Apple has come up with a clever way to make it happen.First seen by AppleInsider, the Electronic devices with housing port shutters patentapplication describes technology that would let Apple smartly seal vulnerable entry points for liquids, such as speakers, microphones and the headphone jack. Thus, Apple could deny access to any liquids that might find their way inside the iPhone via these routes and prevent water damage to these components and other internal parts.
These mechanical seals would perfectly close any openings from the inside and would be either activated automatically, when that port/opening isn’t used by the smartphone, or when water damage is detected. Alternatively, the user could manually enable these protections, either by voice, by pressing an element on the screen, or using a manual switch.
Most notably, the patent application discovered on Thursday offers a more refined concept of preventing water ingress, a solution that’s a lot more visually pleasing than other similar means of blocking water. The latches that would block potential waterways aren’t placed on the outside, which would hinder the overall design and force the user to manually seal off openings when not in use. Instead, all of Apple’s water obstacles are placed inside the iPhone, with the user not having to interact with them, visually or physically.
A previous patent described a system that would detect liquid ingress via the same routes, detailing means to expel water from the handset using electrical currents or sound vibrations to move droplets outwards once water ingress is detected by special sensors.
There’s no evidence that Apple will use any of these technologies in the iPhone 7 or successive generations. But it’s pretty clear that Apple is considering numerous features that could seal off the iPhone and stop accidental damage caused by liquids.