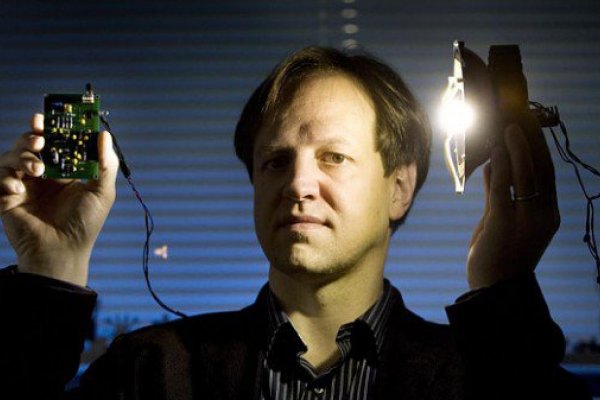 Expect to hear a whole lot more about Li-Fi - a wireless technology that transmits high-speed data using visible light communication (VLC) - in the coming months. With scientists achieving speeds of 224 gigabits per second in the lab using Li-Fi earlier this year, the potential for this technology to change everything about the way we use the Internet is huge.


And now, scientists have taken Li-Fi out of the lab for the first time, trialling it in offices and industrial environments in Tallinn, Estonia, reporting that they can achieve data transmission at 1 GB per second - that's 100 times faster than current average Wi-Fi speeds."We are doing a few pilot projects within different industries where we can utilise the VLC (visible light communication) technology," Deepak Solanki, CEO of Estonian tech company, Velmenni, told IBTimes UK.
"Currently we have designed a smart lighting solution for an industrial environment where the data communication is done through light. We are also doing a pilot project with a private client where we are setting up a Li-Fi network to access the Internet in their office space.”
Li-Fi was invented by Harald Haas from the University of Edinburgh, Scotlandback in 2011, when he demonstrated for the first time that by flickering the light from a single LED, he could transmit far more data than a cellular tower. Think back to that lab-based record of 224 gigabits per second - that's 18 movies of 1.5 GB each being downloaded every single second.
The technology uses Visible Light Communication (VLC), a medium that uses visible light between 400 and 800 terahertz (THz). It works basically like an incredibly advanced form of Morse code - just like switching a torch on and off according to a certain pattern can relay a secret message, flicking an LED on and off at extreme speeds can be used to write and transmit things in binary code.
And while you might be worried about how all that flickering in an office environment would drive you crazy, don’t worry - we’re talking LEDs that can be switched on and off at speeds imperceptible to the naked eye.