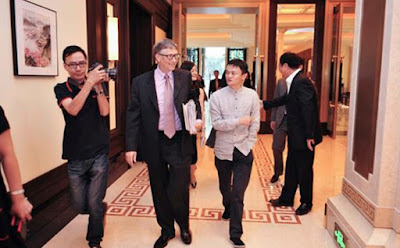 President Obama will join with the leaders of 18 other countries as well as Microsoft co-founder Bill Gates on Monday at the United Nations Climate Summit in Paris to launch a historic expansion in clean energy research and development funding.
This funding will come both in the form of public sector financing and private sector backing, and together they are likely to constitute the biggest investments in clean energy technologies in history.Under the public sector program, which is known as Mission Innovation, each participating country will commit to a doubling of its respective research and development funding within the next five years.


This would bring total clean energy research among the 20 participating nations to about $20 billion within the next five years. While this is a major increase, some experts have called for far larger sums to be devoted to such research, given the urgent need to transition away from fossil fuels like coal, oil and natural gas in order to limit global warming.
For the U.S., which spends $5 billion per year on clean energy technology research — the most of any country in the world — the new commitment would require increasing such funding to at least $10 billion by fiscal year 2020.The 20 countries launching the initiative include small nations like Denmark, where wind power is widely deployed, and leading emitters like the U.S., China, India and Brazil. Also involved are two nations in the Middle East, Saudi Arabia and the United Arab Emirates, as well as Germany, Canada, France, the United Kingdom, Australia, Indonesia and South Korea, among others.
The Mission Innovation countries together represent about 80% of global clean energy research and development spending and about 75% of global emissions of carbon dioxide from the power sector, a doubling of these budgets could yield new energy breakthroughs while sending a signal to developing countries that are calling for more aid from industrialized nations that have caused the majority of global warming-to-date.
"Right out of the gate, this announcement gives a major boost to the Paris talks," said Andrew Steer, president and CEO of the World Resources Institute, in a statement.
The initiative is open to participation by additional countries, with U.S. officials citing a surge in interest in just the past few weeks.Some of the countries involved in Mission Innovation, like India, have energy priorities that are mainly aimed at increasing energy access, rather than cutting greenhouse gas emissions, and this initiative is seen as a possible way to accomplish this goal without increasing emissions of global warming pollutants like carbon dioxide and methane.