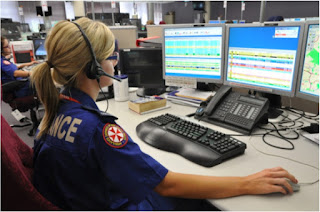 April Bailey and her brother Ian were found dead  inside their home in Warren Crescent at Deception Bay, north of Brisbane on May 28, 2004. While their house had been destroyed by a fire.Forensic examinations and investigations revealed the pair had been killed prior to the fire.
Three triple-0 calls were made around the time of the blaze, one believed to have captured the scream of Ian Bailey prior to the fire being lit. A second call to triple-0 believed to have been from a phone accessed by April's four-year-old daughter contains an argument which can be heard in the background. third call was made by neighbors alerting authorities to the fire.

Detective Inspector Damien Hansen of the Homicide Group said the voices would be compared to persons of interest in the case.

"In addition to the voice identification processes being conducted on the second call, expert examinations are currently being conducted on a military-style knife and matching scabbard located at the scene."
In January 2006, the Queensland Government announced a $250,000 reward to information leading to the apprehension and conviction of those responsible for the murders and the arson of the residence. People who have called Crime Stoppers previously about the case have been urged to call again.