The world's largest hotel with 10,000 Rooms is being built in Mecca 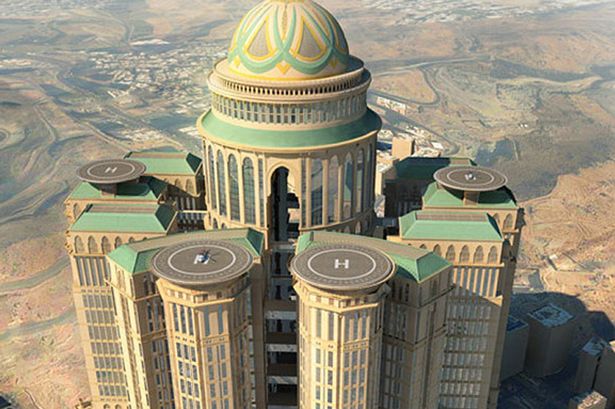 Twelve Towers 10 thousand rooms, 70 restaurants, several helipads and a giant convention center.
That's the plan for the Abraj Kudai, a large hosting complex in Mecca, the holy Citizenship in Saudi Arabia, which is under construction and expected to open in 2017.According to CNN, this should be the largest hotel in the world - raising into account the number of rooms.
Designed by the architectural firm Dar Al-Handasah, the hotel US $ 3.5 billion (R $ 10 billion) will occupy 1.4 million square meters (an area equivalent to 160 football fields).

The 12 towers will ring will be just 2.2 km from the Masjid al-Haram, famous Mesquita of Mecca, according to the architectural firm."Due to its unmatched size and distinctive location, display and architectural style, the building appears as a striking landmark with a profoundly modern multifunctional identity to both the culture of the country as the Islamic" states description of the hotel that will be five star It can be accessed by two roads.
Today, Las Vegas is home to the largest hotel in the world: the MGM Grand Hotel has 6.198 rooms.
Second, it appears the First World Hotel in Malaysia with 6,118 rooms.Third, the Luxor Hotel with 4400/4, according to a survey of STR, consulting in the hospitality industry.