TOP Countries That are Innovating In Renewable Energy 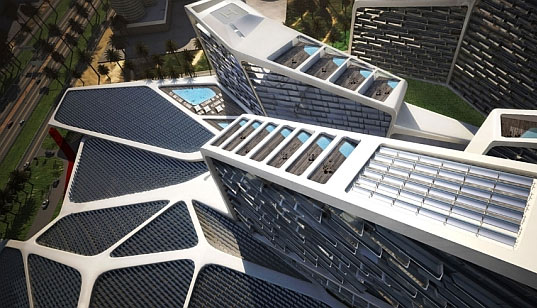 Renewable energy is finally starting to take off in earnest around the world, especially after developing countries began to notice (and use) of their potential. There are many reasons for this, but one of the main ones is that these countries are located in regions of the world who increasingly suffer from the great climate change.
Another important reason is the interest in energy security, as a way to reduce the need to import energy from other places, especially when these places suffer from an unstable socio-political environment and against the depletion of conventional energy sources.

Dubai
Dubai is one of the most densely populated cities in the UAE and is increasingly known for her leading role in the development of solar energy in particular. In April this year, Dubai announced the start of its third phase of solar installation in order to reach its clean energy target by 2021. The department of Dubai Electricity and Water aims to increase the use of renewable energy for 7% the national electricity demand by 2020 and 15% by 2030 where the main focus is the solar park Mohammad bin Rashid Al Maktoum, scheduled for completion in April 2017. This is one of the largest renewable energy projects in the MENA (Middle East and North Africa) and the project recently had its high capacity of 100 MW to 200 MW, after two of the companies that participated in its bidding have come together to make the project.
India
The renewable energy development in India is being conducted by the Ministry of New and Renewable Energy of the country. He reached 33.8 GW of installed capacity of renewable energy in February 2014, of which 66% were generated from wind power. Solar, biomass and small hydroelectric plants contributed with 4.59%. Between 2014-2015, India added 4,089 MW to its production, 8.5% more than its original target of 3,770 MW. Increasing its total capacity of renewable energy for 35.77 GW
The Indian Prime Minister is trying to aggressively increase production with a target of 100 GW of solar capacity by 2022, representing an increase of five times the target in India, originally of 20 GW. Although the country has not yet explained how it intends to accomplish this, experts believe that foreign investment will play a key role in the plan.
South Africa
According to the Department of Energy's country, South Africa has high potential renewable energy sources to enable it to generate 3,725 MW by 2030 under its IPPs Acquisition Program of Renewable Energy. South Africa is currently still very dependent on fossil fuels, but solar plants, wind and biomass are being installed across the country. These technologies, wind power seems to be the fastest growing. The South African energy minister, Tina Joemat-Pettersson, recently announced that the country added a total of 4,322MW to its renewable energy capacity in less than four years, at a much lower cost than fossil fuel generation.
Recent developments in the country included the completion of a wind turbine factory of 3 million dollars. The factory covers an area of ​​12,000 square meters and will employ 200 people building 150 wind turbines per year. Meanwhile Bloomberg has just reported that the country has saved about 310 million dollars in fuel costs due to renewable energy projects, including 800 MW of wind power and 1 GW of solar PV.
China


In 2013, China reached a total capacity of 378 renewable energy production GW, mostly through hydropower and wind power. The country has been heavily criticized for its coal consumption, but in 2014 was the world leader in wind power, photovoltaic solar energy and smart grid technology. The production of solar cells increased 100 times since 2005, thus enabling the overall cost of solar dropped 70% through the creation of a global market in droves. According to the head of the International Energy Agency, Marie van der Hoeven, China is spending more on renewable energy development than the US and Europe together. Power generation from wind turbines in China has just reached 25% of the country's consumption. Still, unfortunately China continues to build coal power plants, but they are "top notch". Last year, the country announced that its carbon emissions from burning coal fell 1%.
Dubai is also investing in its "Integrated Energy Strategy Dubai 2030" which has the goal of diversifying energy sources, which aims to achieve 15% of solar energy, 71% natural gas, 7% of clean coal and 7% nuclear energy . In addition to reducing energy consumption by 30% by 2030.