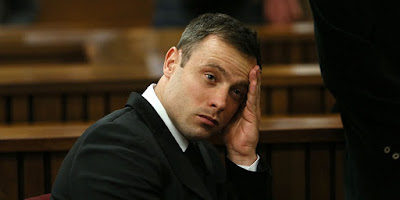 Former Olympian Oscar Pistorius has been granted bail days after South Africa's supreme court  convicted him of murdering his girlfriend, Pistorius, who was at the hearing Tuesday, was granted conditional bail until he has to return to court in the New Year.

He will remain in his uncle's home in Pretoria where he has been under house arrest and will only be able to leave between 7 a.m. and 12 p.m. and travel within a radius of 20 kilometers. The athlete, who has served one year of his original five-year sentence for culpable
homicide, was released on a bail of 10,000 South African Rand ($685). Pistorius' legal representation Barry Roux said the double amputee would take his case to South Africa's Constitutional Court, challenging the appeals court that convicted him of murder. Roux did not say on what basis he would be appealing.A date for sentencing on the murder conviction has not yet been set. The minimum sentence for murder in South Africa is 15 years, though a judge can reduce that sentence for what the law describes as exceptional circumstances.