Epson Printer That Produces Its Own Paper is available Now 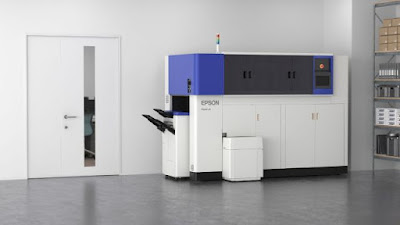 The new gray box from one of the world's best-known printer companies doesn't look very exciting. But it might fundamentally change how your office operates.
Epson last week announced the PaperLab, a prototype device which could bring little recycling factories to businesses around the world. This machine can supposedly produce 14 sheets of paper per minute from old material. Epson even claims the PaperLab doesn't need water to produce each clean page, which would be a huge departure from the way paper is currently made.
"Ordinarily it takes about a cup of water to make a single A4 sheet of paper. Given that water is a precious global resource, Epson felt a dry process was needed," a press release said.

Epson concedes in its press release that the machine requires a little bit of water to function, but not for each page. Meanwhile, water use remains a major problem to be solved by the paper industry. A sustainability report published last year by the American Forest & Paper Association indicates that despite gains elsewhere -- increased energy efficiency, reduced air emissions -- water use actually increased between 2010 and 2012, the last date given in the document. While PaperLab handles recycling on a small scale, progress in that area is encouraging.
As for why your office might want a PaperLab, the benefits are pretty obvious: An office that uses the device would be able to produce its own paper from old documents, cutting down costs instead of trees and potentially reducing CO2 emissions by avoiding the whole process of transporting paper to recycling plants. (That said, it's not yet clear how much energy the PaperLab will use, or whether it's powered by traditional means.) Epson also points out that recycling old paper is a pretty solid way to obliterate sensitive documents -- no more contractors or shredders.

The company plans to introduce PaperLab in Japan next year. Epson told The Huffington Post that it hopes to bring the device to the United States eventually, but said it did not have a firm date yet.