Google Smartwatches Now Draw Blood from Your Wrist Without Needles 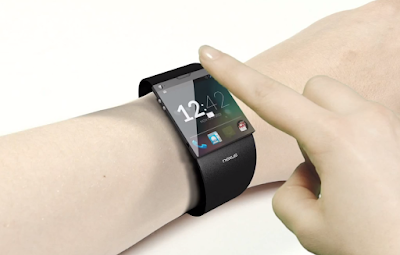 Smartwatches already collect data about your heart rate, how much exercise you do and your stress levels, but in the future they could take this a considerable step further.
Google has filed a patent for a 'needle-free blood draw' system that could be built into a wearable attached to someone's wrist, or a hand-held device.
The filing describes a machine that sends a pulse of gas into a barrel containing a 'micro-particle' capable of puncturing the skin and drawing a small drop of blood.The new wearable from Google could help diabetics easily monitor their blood glucose levels and come with a range of other health-centric features. The Mountain View-based company has filed a patent for a wearable that allows it to take samples of your blood without the use of needles.

The patent in question reveals that the device first sends an "abrupt surge" of gas into a cylindrical container which consists of a micro-particle, then punctures the skin to obtain a small drop of blood. "Such an application might be used to draw a small amount of blood, for example, for a glucose test," the patent explains. The patent was granted on Thursday, and applied for back in May 2014.

Google suggests the device could even replace glucose testers used by diabetics entirely.
The patent said: 'Such an application might be used to draw a small amount of blood, for example, for a glucose test.'