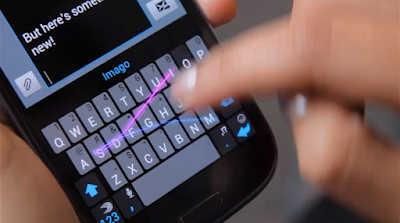 Microsoft may be closing in on another massive deal for another popular productivity app.
The company is reportedly close to acquiring SwiftKey, a London-based company that makes the popular keyboard app of the same name, according to multiple reports.Microsoft will pay "around $250 million" for the company, according to the Financial Times, whofirst reported the deal.While SwiftKey makes one of the most popular keyboard apps for both iOS and Android devices, Microsoft is reportedly interested in the company for its artificial intelligence capabilities, not for its keyboard. (Microsoft already has a keyboard technology called WordFlow, which will reportedly make its iOS debut in the coming weeks.)


A Microsoft representative declined to comment on the matter. SwiftKey CMO Joe Braidwood also declined to comment on the report.
SwiftKey's keyboard is known for its extremely accurate predictions, which learn users' habits over time, including slang and emoji use. The company has also licensed its technology to Samsung, who has used SwiftKey's software in its Galaxy handsets.
The company last year released SwiftKey Neural Alpha, an experimental Android app that uses neural networks, a type of artificial intelligence inspired by the human brain, to make its predictions even more accurate.
Microsoft has been scooping up productivity apps in the past year. The company acquired email startup Acompli in December 2014 — which resulted in the new Outlook mobile app — and later nabbed calendar app Sunrise and to-do list app Wunderlist.
Have something to add to this story? Share it in the comments.