What the Hell is Zika, anyway? 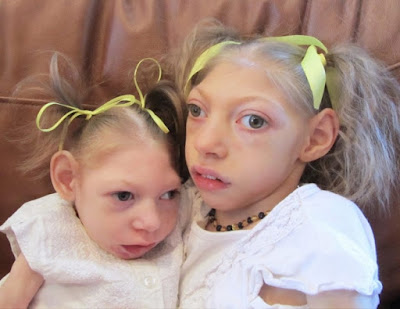 The Zika virus is an arbovirus, closely related to yellow fever, dengue and chikungunya. The virus causes mild symptoms and usually does not result in severe illness requiring hospitalization, and it is rarely deadly. In fact, if it weren't for two specific conditions strongly suspecting of being related to Zika, this outbreak would not be worthy of much attention at all.
The Zika virus was first identified in 1947 in the Zika Forest of Uganda. However, it likely jumped from another species to humans, and then began spreading in human populations, according to Andrew Read, an entomologist and senior scholar at Penn State University.


"Zika is not naturally a human pathogen as far as we know," Read told Mashable in an interview. “And so it’s jumped from something and is now spreading in humans.”
The spread of Zika is aided by the broad distribution of the mosquito that transmits it, since the mosquito's range stretches from South America to the U.S. border with Canada, as well as the lack of immunity among populations in the Western Hemisphere.
Based on evidence-to-date, Zika cannot be spread person-to-person and is not airborne, though much is unknown about whether it can be contracted sexually. There is one well-documented case in which Zika was sexually transmitted in 2008, and on Tuesday, the Centers for Disease Control and Prevention (CDC) in Atlanta confirmed to Mashable a case reported in Dallas County, Texas.
"CDC has confirmed through laboratory testing the first U.S. case of Zika virus infection in a non-traveler in the continental United States,” the agency said in an email. "According to a Dallas County Health Department investigation, a person who recently traveled to an area with Zika virus transmission returned to the United States and developed Zika-like symptoms. The person later tested positive for Zika, along with their sexual partner, who had not traveled to the area. In this instance there was no risk to a developing fetus."
The CDC recommended the use of condoms to prevent the transmissions of sexually transmitted infections.

Does the virus affect adults?

Yes. The Zika virus itself typically causes only mild symptoms, lasting from several days to a week, according to the Centers for Disease Control and Prevention (CDC) in Atlanta. The most common symptoms are fever, rash, joint pain and conjunctivitis (red eyes). Only about one in five people infected with the virus actually show symptoms.
More ominously, the virus is strongly suspected of causing microcephaly, a rare and potentially deadly birth defect, as well as an adult neurological disorder called Guillain Barré Syndrome. Microcephaly is characterized by babies born with incomplete brain development and unusually small head sizes, while Guillain Barré Syndrome can cause paralysis, muscle weakness and other debilitating symptoms in adults.
In recent months, the number of microcephaly cases in Brazil — which usually hovers around 250 per year — has soared to at least 4,180, as of late January.

Is there a vaccine for Zika? If not, how soon might one be developed?

There is no vaccine for Zika, largely because the virus was not considered to be a significant threat to humans since it first emerged several decades ago. The National Institutes of Health has issued a call to the research community that it is looking to fund vaccine development, though that may take several years to pay off.
According to Read, a key factor that will help determine how long and challenging the road to a vaccine will be is whether there is more than one strain of the virus that is circulating, as occurs with dengue, or if it is more like yellow fever, with a single strain involved.
Instead of a vaccine, for now, the best way for the ongoing outbreak to be controlled is through management of mosquito populations.