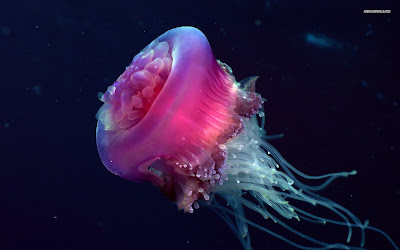 Police in eastern China have raided two fake jellyfish workshops, saying more than 10 tonnes is thought to have made its way into local food markets.
Police said the fake jellyfish had been made by mixing chemicals, adding that checks showed high levels of aluminium.
The syndicates made more than 170,000 yuan (£18,100; $26,100) in profits in a year of production, they added.
Jellyfish is very popular sliced and served as salad, particularly along China's southern and eastern coasts.

Huzhou municipal police in Zhejiang province, which is leading the investigation said they first found a workshop run by a Mr Yuan, who made and sold the fake jellyfish at a farmer's market.
Mr Yuan then led detectives to a bigger workshop in Changzhou city in neighbouring Jiangsu province run by a Mr Jia who had taught him the "art" of faking jellyfish. He was detained alongside other syndicate members. The arrests were made in late April, but police only made it public late last week 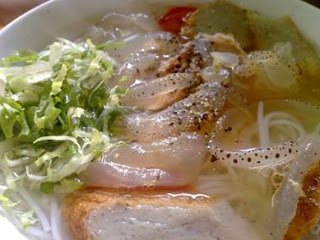 Mr Yuan told the investigators he made the jellyfish by mixing three chemicals - alginic acid, ammonium alum and calcium chloride anhydrous - according to an official release (in Chinese) by Huzhou police.

Officers say they found "excessive levels" of aluminium in the fake jellyfish - up to 800mg/kg, which is eight times of China's own legal limit.

The food and drug safety branch of Huzhou police said too much aluminium could result in bone and nerve damage, and potentially harm memory. They warned against pregnant women, children and the elderly consuming the substance.