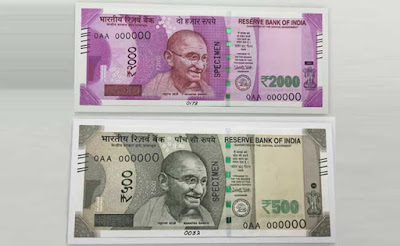 This was supposed to be one of the biggest news for banking sector, financial institutions and the common man – because it involved India’s largest currency denomination, Rs 2000.
Way back in 1938, and then again in 1954, then Governments introduced currency denomination of Rs 10,000 which was later put out of circulation in 1946 and 1978 respectively. If we leave aside Rs 10,000 currency, then Rs 2000 would be the largest denomination in the history of India.

As per their report, currency printing press in Mysuru has already printed the first lot, and it has been dispatched to RBI headquarters for country-wide distribution.
Soon, this report by picked by social media, and images of the new Rs 2000 currency notes started to circulate. Soon, Twitter was abuzz with images of these notes – a unique shade of pink and white with a new design.
It also spread like wild fire among WhatsApp users – everyone was circulating the Rs. 2000 currency note images. Interestingly, it is not just one image, but a number of different ones have been circulating on Social Media as well as Instant messengers.