"Cyanogen" A Company Wanted To Kill Android, Killed Itself 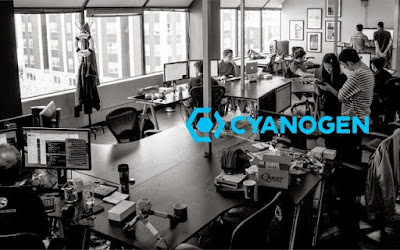 Cyanogen, the company responsible for the commercialisation of CyanogenMod is to cease all operations by the end of 2016. There will be no further updates to the OS, no more nightly builds and no further security updates. Phones that run the OS, like the original OnePlus handset, will need to switch to the Open Source version of the OS.
The company had some success selling its OS to manufacturers like WileyFox and OnePlus that lacked the resources to build their own customised Android interfaces. And
it’s true to say that the mod, in its early form, was the go-to build for people who wanted more features than Android offered in the Google build. Sadly, the most high-profile customer OnePlus pulled the plug and moved to its own build of Android called OxygenOS.
The open source project upon which Cyanogen was based can, and probably will, continue. The big problem it now faces is the same as any Android mod, namely time and resources. It’s hard to make money on mods, and with Android getting more and more capable every iteration mods are also less necessary than they were when Cyanogen first started out.
While continuing is a likely, it won’t be easy and the CyanogenMod team made a statement describing the shutdown as “[a] death blow”. It will certainly be hard to continue without resources and that leaves those who no longer have official support with handsets that won’t get security patches. This is a major problem, and many of those users probably won’t want to move themselves over to the open source version of the OS.

So is it a surprise we’re here? Not really, just last month Forbes Contributor Ryan Whitwam posted that the company was cutting back, reducing staff numbers and would ultimately close completely.