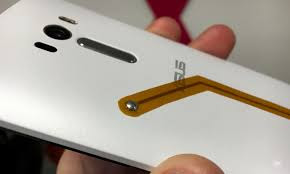 A new technology can wirelessly charge almost any device including those without in-built wireless charging capabilities, such as Apple’s iPhone and iPad.
The wireless charger developed by a French start-up, called Energysquare, was witnessed by CNET during the on-going CES trade show in Las Vegas.

Energysquare consists of a charging pad and a sticker that is placed on the back of a device. The sticker sports two electrodes along with a Micro-USB, USB-C or Lightning connector that is plugged into the device’s charging port.


Once the device is placed on the pad, it starts charging. One of the limitations of the sticker is that it blocks the device’s charging port and if you want to charge the device in a normal way, the sticker needs to be removed — a flaw the company has acknowledged and promised that the upgraded version will include a port on the backside as well.

“Unlike other wireless chargers, which use electromagnetic induction, Energysquare relies on electric conduction. This allows for multiple devices to charge at once and at speeds that are comparable to a normal charge,” the report noted.

Energysquare is priced at $89 and comes with a charging pad and five stickers.

According to a report on CNET on Tuesday, the company launched a Kickstarter campaign in May 2016 and is promising to ship the product in the coming months.