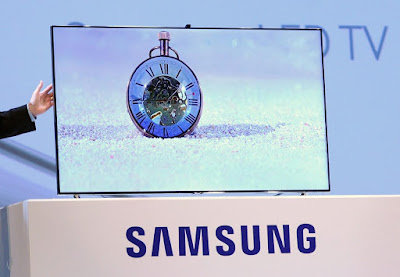 You watch TV? Your TV could also be capable of spying on you. If the latest documents released by WikiLeaks - called Vault 7 - are to be believed, the CIA can turn your TV into a mic, bypass the encryption in chat apps by accessing your OS directly, and do a whole lot more.
The documents released by WikiLeaks allege that the CIA is now rivalling the NSA (which was the focus of a a similar round of documents leaked by Edward Snowden), but with much less oversight. WikiLeaks posted nearly 9,000 documents it said were leaked from the Central Intelligence Agency, in what it described as the largest-ever publication of secret intelligence materials. The latest
leak represents the "entire hacking capacity of the CIA," WikiLeaks said while announcing the first release of the documents.Here are just some of the main findings from the WikiLeaks documents:

WikiLeaks revealed that the CIA has developed a tool to turn your Samsung Smart TV into a spying device. We already know that Samsung Smart TVs record your living room chatter, but the company had clarified this was only when the TV is on and said the feature can be disabled via the settings. However, WikiLeaks released documents showing that US and British personnel developed a way to take over Samsung Smart TVs, making them appear switched off even when recording conversations in the room, using a program called Weeping Angel.
If you're using an encrypted chat app like Signal, there's good news, and bad news. The good news is that the actual encryption for Signal et al has not been breached. The bad news is that the CIA apparently has a workaround to that. By gaining access to the phone OS, hackers can bypass the protection those apps offer too. This isn't a mass-surveillance tool, and your personal device will have to be hacked for this to work. That's why using encrypted apps like Signal is still a useful precaution for people to take.
CIA allegedly targeted vulnerabilities in both Google's Android and Apple's iOS to gain access to people's data. While Apple has said that "many of the issues leaked today were already patched in the latest iOS", Google has so far remained silent on the subject of WikiLeaks CIA files.
Documents show the CIA has produced more than 1,000 malware systems - viruses, trojans and other software that can infiltrate and take control of personal electronics, WikiLeaks noted. The hacking tools have targeted Android phones, iPhones, Smart TVs, and Microsoft devices, according to WikiLeaks.
WikiLeaks also claims that the CIA was targeting control systems used by cars, though it didn't have details on how that might be used. Though the revelations have not been confirmed, cyber security experts say they are legitimate. On Twitter, NSA whistleblower Edward Snowden added that the leak looks authentic, and added that this is the "first public evidence that the US Government is secretly paying to keep US software unsafe."