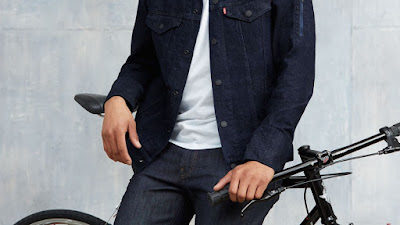 Project Jacquard' announced in 2015, aimed to create textiles that can recognize touch gestures. The company has launched a working product now, the 'Commuter Trucker Jacket'. Connected to your smartphone, jacket can control calls and do a bunch of other things and now selling for $350 .The textile deploys conductive threads that the company created by combing thin, metallic alloys with natural and synthetic yarns like cotton, polyester, or silk. Project Jacquard is
a division within Google's Advanced Technology and Projects (ATAP) group and aims to transform 'everyday objects such as clothes and furniture into interactive surfaces.'There have been wearable devices before, but the fact that the circuitry (sort of) is woven into the fabric of the cloth and is not a separate cluster hanging around the collar or cuffs. Though the Trucker Jacket does have a sensing tag located in the cufflinks that you remove while washing. Other than that, Google doesn't talk about separate circuit boards hanging around. 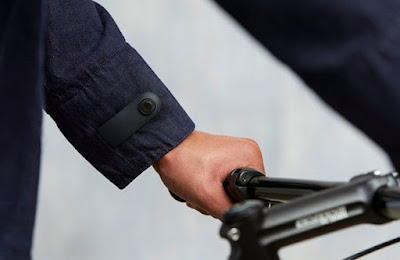 Google is trying to shrink down all the electronic components using present fabrication technology so it can be something as small as a button. So Jacquard is an interface embedded inside your clothes, blended in such a way that isn't visible.
As shown in the video, cufflinks of the jacket can recognize gestures such as single/double tap or wave. Connected to the smartphone, it can help you get directions, control music or calls or maybe even launch Google Assistant to take voice commands via connected headset.