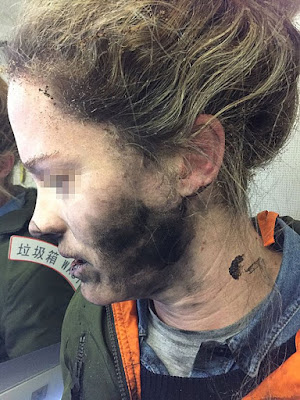 A woman has singed hair and a blackened face after her battery-operated headphones exploded mid-flight from Beijing to Melbourne.
The Australian woman had been sleeping on the plane on 19 February when she heard a loud explosion about two hours into the flight and felt her face burning.
She threw her headphones to the floor.“They were sparking and had small amounts of fire,” the woman said in an Australian Transport Safety Bureau statement, released on Wednesday.
“As I went to stamp my foot on them the flight attendants were already there with a bucket of water to pour on them.”
Smoke and the smell of melted plastic, burnt hair and electronics filled the cabin for the rest of the journey to Melbourne.


“People were coughing and choking the entire way home,” one passenger said in the ATSB statement.
The ATSB said the batteries likely caught fire and reminded people to carry batteries with them and not in their stowed luggage.