Skype getting call recording feature on Android and other platforms

July 18, 2018
Skype has been on the way out for a long time now. There are much better alternatives on most platforms, such as Google Hangouts and Discord. According to a report from The Verge, Skype will soon be getting a call recording feature on Android along with other platforms. It’s a cloud-based feature, so you can do it pretty much 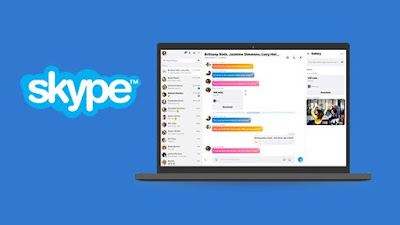 anywhere that you can use Skype. It combines all screens shared in the call, along with webcams and, of course, audio.

While technically Skype supported call recording 15 years ago, this is its first true introduction. Users looking to record their Skype calls had to look towards alternatives. On Android, that proved somewhat of a difficult task years ago when screen recording
required root. Now it’s a lot easier, but built-in support for it is even better. For privacy reasons, all users in the call will be notified if a user is recording. This new call recording feature comes as part of the brand new Skype 8.0 update, which was released today. It features a new mobile-like design on desktops and supports Twitter-esque mentions and full end-to-end encryption. 1080p video calling support has also been added, and a video call can have up to 24 people in it at one time. There’s now a chat media gallery too, where you can see all of your shared photos in a conversation.
While Skype is clearly trying to gain a foothold back into the market, is it too little, too late? Alternatives have had a long time to take off and Microsoft has only started to pay attention to it’s VoIP service in the last two years or so. With the addition of Skype Insider too, it’s clear that the service is no longer on the backburner. We’ll have to see how it fares in the coming months and whether or not the service can make a true comeback