Samsung Bixby smart speaker launching in August. will be cheaper than Google Home 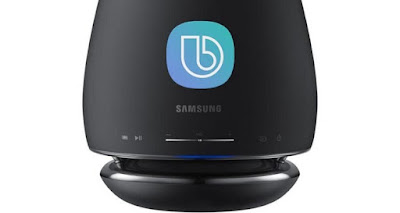 Samsung expected to release a premium Bixby-powered smart speaker alongside the Galaxy Note 9.
The Wall Street Journal says the speaker will be bowl-shaped with legs on the bottom and lights on top (hope those lights are shaped like eyes for the proper Batteries Not Included experience). It will also apparently have a sound shifting feature that will be able to play audio in the direction of the person talking to it. It might work something like the S-Ray concept Samsung demoed at CES earlier this year; see the trailer for the tech below.The speaker will presumably use the upcoming Bixby version 2.0. The new version of Samsung’s AI assistant has long been rumored to feature on the Galaxy Note 9, so it would make a lot of sense that the speaker would also come with the latest version (if they launch simultaneously).
While previous rumors suggested Samsung would release different versions of its smart speaker at different prices, this wasn’t mentioned by The Wall Street Journal in the latest report. However, considering both Google and Amazon have released cheaper versions of their respective smart speakers, it wouldn’t be surprising if Samsung eventually does the same.

If the $300 price-tag is correct, the speaker would be competing with —although slightly cheaper than — high-end devices such as the Apple HomePod ($349.99) and Google Home Max ($399). As well as a more attractive price, Samsung could give its speaker an edge by integrating its wealth of existing products.