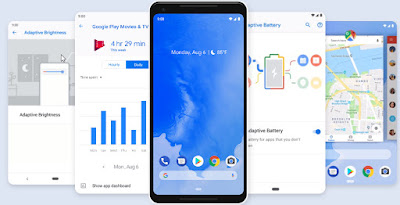 Android 9 Pie, the next iteration in the Android family, has now been officially released. The latest Android version comes after the debut of five developer preview builds of Android P that are claimed to have been tested by more than 140,000 beta testers till date. Google also earlier this year announced its partnership with seven OEMs (original equipment manufacturers) to bring the beta releases of Android Pie to their flagship devices. However, the new software package, which was previously speculated to debut as Pistachio Ice Cream, isn't designed for Nexus models, including the Nexus 5X, Nexus 6P, and Pixel C. This doesn't mean that the search giant isn't favouring its native hardware altogether. The fresh experience through Android Pie is certainly arriving first on Pixel handsets, including the original Pixeland Pixel XL as well as the Pixel 2 and Pixel 2 XL.

The new Android 9 Pie platform, the successor to Android Oreo, has various improvements over the previous Android versions, but the most notable one is the gesture-based navigation system. This is highly inspired by the way the interface featured on the iPhone X last year and omits the traditional three-button navigation.
How to download Android 9 Pie

As we mentioned, Android 9 Pie is initially rolling out to Pixel devices, including the Pixel, Pixel XL, Pixel 2, and Pixel 2 XL. The update is already live as an over-the-air (OTA) package, and you can manually check its presence on your Pixel device by going to Settings > Software updates.


oogle has additionally announced that companies participated in the Beta programme, namely Essential, HMD Global, OnePlus, Oppo, Sony, Vivo, and Xiaomi, will receive the update by the end of this fall. Notably, the Essential PH-1 has already been issued its update. Similarly, devices that are available under the Android One initiative will receive the update sometime around its rollout for the devices listed under the Beta programme. These include Essential PH-1, Nokia 7 Plus, OnePlus 6, Oppo R15 Pro, Sony Xperia XZ2, Vivo X21, Vivo X21 UD, and Xiaomi Mi Mix 2S. The company led by Sundar Pichai is also working with a number of OEMs to bring Android 9 to their devices later this year.