People No Longer loyal to iPhone. Switching to Android 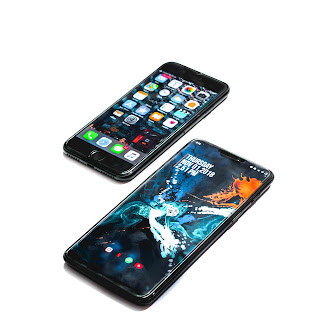 Is Apple's era coming to an end? High-end smartphone makers like Apple and Samsung are both finding it tough going at the moment. we already knew that iPhone sales have been flattening, it is also interesting to learn that iPhone loyalty could also be on the wane. In Apple’s case, much of its pain is self-inflicted with large increases in prices for its iPhone X range, while Samsung is busy fending off hundreds of Chinese competitors offering similar features and even better quality for substantially less.
New data shows that around 40,000 customers that used its trade-in and upgrade service, more iPhone owners are trading in their device for Android phone than ever before. In fact, just over a quarter of iPhone X owners (26%), or 1-in-4, we're making the switch.

Conversely, Samsung loyalty was higher with reverse churn at just 7.7 percent switching to an iPhone while any remaining Samsung switchers stuck with another Android device. Samsung was the leading beneficiary with 18.1 of former iPhone X owners opting for a new Galaxy S or Galaxy Note smartphone. While BankMyCell’s sample size is relatively small, it also used data from other similar companies to help lend weight to its finding. Based on the evidence at hand, the company concludes that iPhone loyalty is at its lowest point since 2011 while iPhone loyalty peaked in 2017 when 92 percent of iPhone traders upgraded to a new iPhone. Apple CEO Tim Cook has indicated that the company is willing to rethink its iPhone pricing strategy after initially claiming it was a value price. It will be interesting to see whether the new iPhone “XI” range launching this year comes in at a more attractive price point.