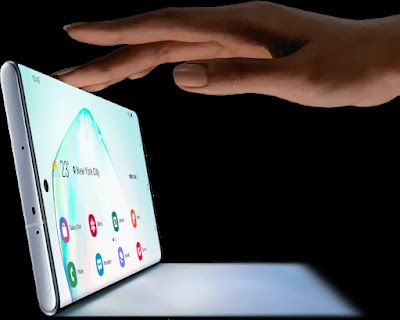 Samsung Galaxy Note 10 and Galaxy Note 10 Plus have been launched. Both the Galaxy Note 10 and Galaxy Note 10 Plus feature similar camera setups on the front and rear, and come with a near-full screen display that looks quite snazzy in photographs.  The Galaxy Note 10 smartphones are powered by the new Exynos 9825, which is fabricated using the new 7nm extreme ultraviolet lithography process to pack in more transistors for more performance firepower. This is in comparison to the 8nm-built Exynos 9820, which fell behind its competitors such as the Qualcomm Snapdragon 855, Apple A12 and the HiSilicon Kirin 980. The processor gets an integrated neural processing unit (NPU), and graphics duties are taken care of ARM's semi-flagship, 12-core G76 MP12 GPU. As for variants, the Galaxy Note 10 features 8GB RAM and 256GB storage in the 4G storage, and 12GB RAM and 256GB storage in the 5G variant. The Galaxy Note 10 Plus, meanwhile, features 12GB RAM as standard, with storage options of 256GB and 512GB. Both the notes also feature an improved Samsung S-Pen, now with enhanced functionalities.