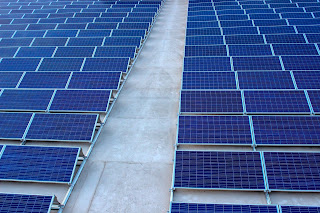 Walmart has sued Tesla after rooftop solar panels on Their multiple retailer's stores caught fire, allegedly due to poor safety practices. Tesla supposedly didn't ground its electrical and solar systems properly, according to Walmart, and regularly sent inspectors who "lacked basic solar training and knowledge." Walmart also asserted that Tesla's panels were rife with visible defects.
Wallmart accused Tesla of breach of contract, gross negligence, and failure to meet industry standards. It wanted Tesla to not only pay damages related to the first but to remove its panels from over 240 Walmart stores. There's a good possibility Tesla will fight back, though. The company has been struggling to revive its solar business, which installed a modest 29MW of solar power capacity in the second quarter compared to more than 200MW at the division's peak. The last thing it needs is to lose a major deployment and suffer the negative publicity that comes with that loss.